RAMALLAH – In the town of Bil’in, nestled in the foothills of the occupied West Bank, Hania Hamada looks achingly at Israel’s separation barrier that cuts through her olive grove.
“I only have 74 olive trees left,” Hamada, 78, said, picking olives from one of the trees. “Many were confiscated (by Israeli authorities) when the barrier was built.”
Hamada said her family had owned a large tract of land behind the barrier, where Israel’s Jewish-only Modi’im settlement now stands.
“They continue to build homes for strangers on our land, which we can’t even reach (because of the barrier),” Hamada lamented.
Hundreds of her olive trees have been destroyed over time, she explained, due to the sustained use byIsrael forces of teargas and sound grenades too disperse weekly Palestinian demonstrations against the separation barrier and the continued construction of Jewish settlements on Palestinian land in the West Bank.
Sakina, Hamada’s daughter, said: “Even though she’s getting older, my mother still picks the harvest herself every year.”
She added that her mother also participates in the town’s weekly anti-occupation protests.
Meanwhile, Jewish settlers – surrounded by the separation barrier in the heavily fortified Modi’im settlement – celebrated the Jewish Sukkot holiday.
Activist Ahmed Abu Rahma said his Palestinian Popular Committees group was fighting a legal battle against Israel in an effort to recover confiscated land in Bil’in after succeeding in recent years to recover 700 square kilometers by Israeli court order.
“The separation barrier has deprived many Palestinian families of their main source of income,” Abu Rahma lamented, referring to Bil’in’s dwindling annual olive harvests.
What’s more, Bil’in’s farmers are subject to near-daily assaults by Jewish settlers, who frequently cut down the olive trees and steal the fruit, according to activist Khaled Mansour from the PalestinianAgricultural Relief Committee, a local NGO.
“Students and other volunteers from across the West Bank are participating in our ‘We Are with You’ campaign, which is aimed at supporting olive farmers who suffer abuses in areas close to the separation barrier,” Mansour said.
Palestinian agriculture experts expect annual olive production in the Palestinian territories (the blockaded Gaza Strip and the occupied West Bank) to fall to some 19,000 tons this year from more than 20,000 tons last year.
“The olive harvest from the West Bank will reach a maximum of 15,000 tons [this year], while in the Gaza Strip it will reach some 4,000 tons,” Fayad Fayad, head of the PalestinianOlive Oil Council, another local NGO, told Anadolu Agency.
Olive production from an estimated 27 million olive trees is a primary source of income for over 100,000Palestinian families, according to official Palestinian figures.
Israel built its West Bank separation barrier in 2002 with the stated aim of preventing Palestinian attacks following the eruption of the Second Intifada one year earlier.
According to Palestinian government estimates, around 12 percent of West Bank land (some 680 square kilometers) has been swallowed up by the barrier, roughly two thirds of which is agricultural land.
Editor: Mashan Khoiriyah
Source: Anadolu Agency 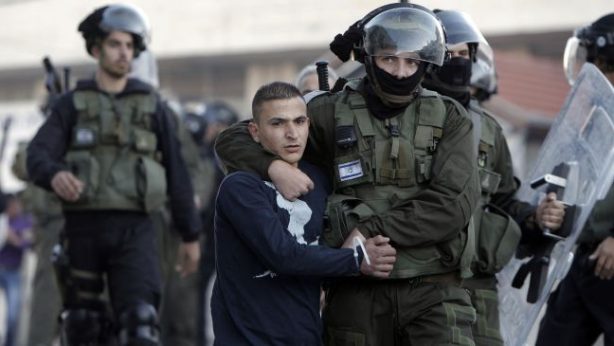 The sidebar (sidebar-1) you added has no widgets. Please add some from the Widgets Page